Located in southeast Edmonton, most of our students come from Mill Woods and the surrounding area, but our programs attract students from all over the city. Local community partnerships provide a range of opportunities for students to develop a greater world view through collaboration, equity, accountability and integrity.

W.P. Wagner students are encouraged to strive for personal excellence, a goal supported through a tradition of exceptional academic programming and a wide array of complementary courses. W.P Wagner is a caring and innovative high school. Student achievement and safety are top priorities, and students are also encouraged to pursue a healthy, well-rounded school experience.

Through our programming in academics, the arts, athletics and more, we strive to prepare all students for post-secondary studies, the world of work and any other pursuits that may interest them. Our enrichment programs include Advanced Placement, AP Capstone, Pre-Engineering, the Campus EPSB Architectural Engineering Program and the Campus EPSB Cosmetology Program —all of which are designed to enable students to explore new possibilities and pursue their passions.

Our student-driven extracurricular programs include Student Senate, Connect Crew, intramurals and school clubs and teams, which further enhance the school experience. We are also proud to offer the Interactions Program, which provides programming for students with Autism Spectrum Disorder and reflects the inclusive and integrated nature of our school.

Who Was W.P. Wagner? 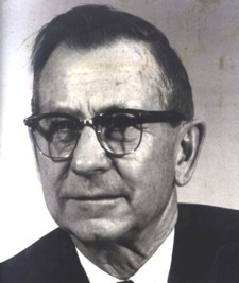 William Phillip Wagner was born May 1, 1899 to Amelia and Philip Wagner in Edmonton, Alberta. Riding on the first street car and attending the first movie was part of growing up while attending Queen's Avenue School during his formative years.

Mr. Wagner won a university scholarship while attending the new school called "Victoria" in spite of two paper routes, one in the early morning and one in the evening. He continued at Victoria School, obtaining his senior matriculation and went on to Camrose Normal School to become a school teacher. His first teaching position was at a rural school by the name of Castle, seven miles east of Fort Saskatchewan. Mr. Wagner taught thirty-two pupils from grades one to eight.

In 1917, William had received his First Class Professional Teaching Certificate (by the age of 18) and then came World War I at which time William left his school to train as a pilot in the Royal Flying Corps in eastern Canada.

After the war, he taught at another rural school near Daysland, Alberta. A principalship at Mannville School followed, where he taught thirty students from grades eight to twelve. In 1921 he received a principalship in Provost where he taught a class which included grades ten to twelve.In 1928 William and his family moved to Viking, Alberta where he continued to teach. In 1929 he attended summer school in Edmonton when the Superintendent of Schools, Mr. McKee, noticed that William Wagner was President of the Student's Union. McKee suggested that Wagner apply to the Edmonton staff. William Wagner taught math and biology at Strathcona High School.

World War II came and William joined the armed services in 1946 and while waiting to retire from the army, taught ex-servicemen and men preparing for their university entrance examinations.

During the "Wagner" years, there was the largest percentage increase of pupils, teachers and schools ever recorded during the tenure of any previous Superintendent. Throughout the years William earned his Bachelor of Arts, Bachelor of Education and Masters Degree in Education from the University of Alberta. In 1982, the University of Alberta bestowed an Honorary Doctor of Laws degree to Wagner for his life-time dedication to his fellowman.

The retirement of William Phillip Wagner in 1964 brought about the construction of the school which sits beside the park and on the road both which were named after him. He died in 1986.

W. P. Wagner School has lived a double life since opening in 1969. It began as a trade school and changed to a school of science and technology in 1991.